Frank said, “I have been informed that 5 additional probation Gardaí will be assigned to Leixlip Garda Division in January 2020.”

“The towns of Celbridge, Leixlip, Maynooth and Kilcock will benefit from these extra Gardaí. The towns of North Kildare are now growing rapidly and we need to provide matching resources to cater for the increased need, including Gardaí.”
END_OF_DOCUMENT_TOKEN_TO_BE_REPLACED

Frank O’Rourke TD has called for increased Garda Patrols over the Halloween period to address the concerns of residents throughout North Kildare in relation to anti-social behaviour.

Frank said he had made representations to have increased Garda Patrols in North Kildare over the Halloween period in local parks and open spaces and that the Garda Commissioner needs to provide the Garda with the resources needed.

“Increased Garda patrols to tackle Public Order issues with particular emphasis placed on our local parks and open areas to prevent and minimise anti-social and criminal activity over the Halloween period.”

“The Halloween period can be a disruptive time for the community with increased anti-social behaviour taking place. We need to protect the community from the negative effects of this behaviour and increased Garda patrols will assist.”

“While Halloween can be fun time, unfortunately it can be a nightmare for some, due to the actions of a few. Older people, pets and families can be most vulnerable to the anti social behaviour of a few.”

“I know that many are concerned about bonfire materials being stockpiled in advance of Halloween. The Air Pollution Act 1987 prohibits the disposal of waste by uncontrolled burning. This law should be a deterrent for such activity.”

“Halloween is the busiest night for the fire brigade and emergency services, increased Garda activity and patrols will, in my view, minimise the anti-social behaviour element of Halloween and allow more people enjoy this time of year.”

Frank O’Rourke has expressed his disappointment at the fact that Naas is going to lose its status as a divisional headquarters under the new Garda reform plans.

Deputy O’Rourke acknowledged that the restructuring of An Garda Síochana is very important but said it was a backwards decision to take the divisional headquarters away from Naas and to relocate it to Portlaoise.

END_OF_DOCUMENT_TOKEN_TO_BE_REPLACED

Councillor Naoise O’Cearuil has called for a full-time Garda station in Maynooth following the latest spate of burglaries in the town on Monday the 21st of January. 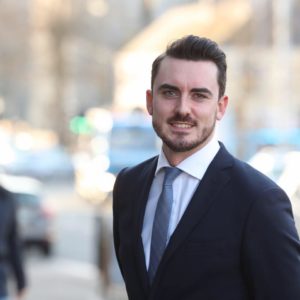 These burglaries occurred during the evening and a number of vehicles were stolen. Houses in new estates Hayfield and Carton Wood were targeted in this most recent attack. The perpetrators used the “fishing” method on some homes, where they put a fishing rod in through the letter box to pick up keys on nearby tables.

Commenting on the matter, Councillor Ó Cearúil said, “Once again, the town is being targeted by thugs who have an easy escape onto the N4. My own home has been targeted in the past and this is becoming a far too regular occurrence”.

He continued, “I’ve been calling for a full-time station in Maynooth for years. Taking the burglaries aside, Maynooth is the only town in the country with a University. This means that the town has an additional population of 12,000 which is not accounted for in the census figures and all the additional issues that 12,000 people bring with it. We are looking at an even bigger population with the increase in houses in the area. I am unaware of any town in Ireland with a population of over 24,000 people without a full-time station… Enough is enough”