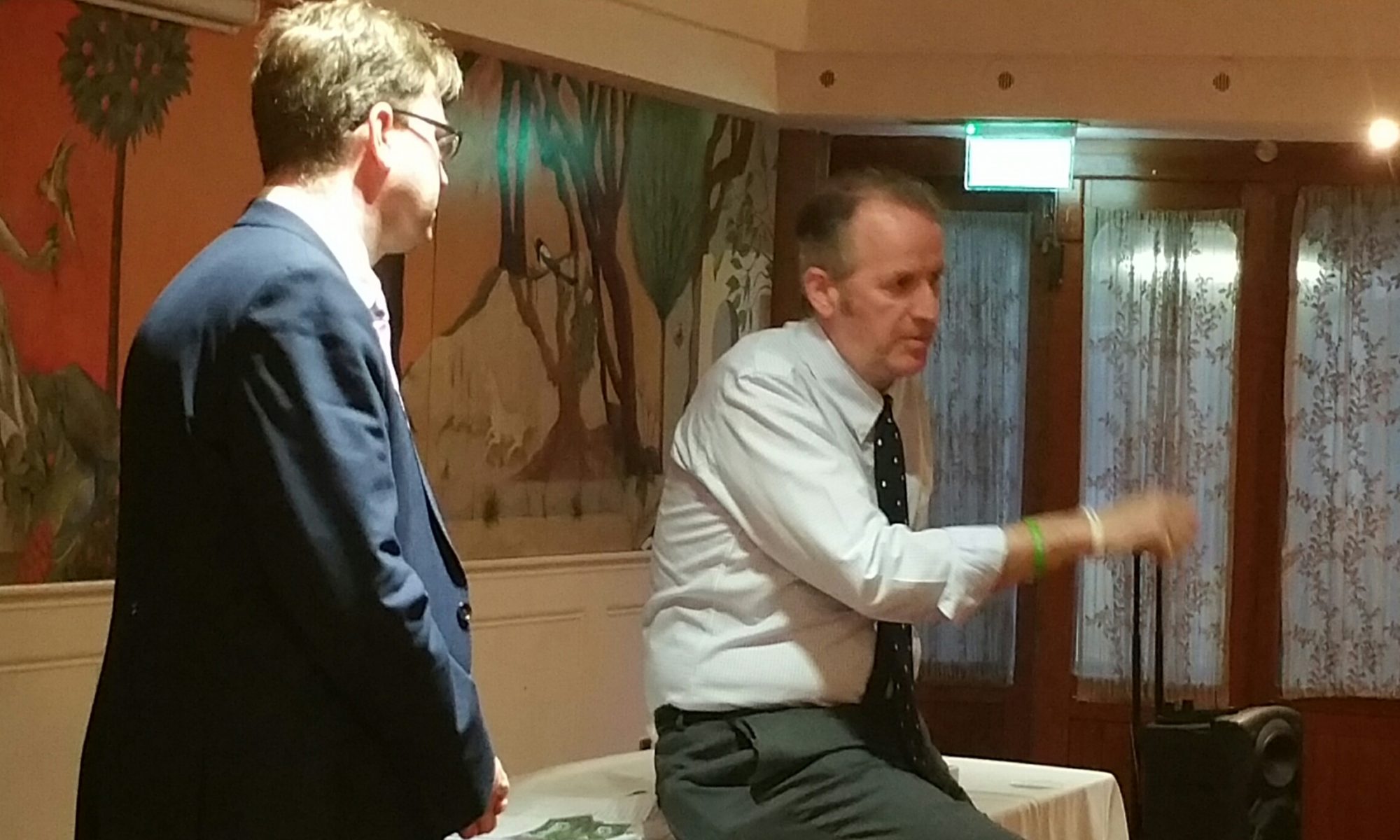 Naas Fianna Fáil Candidate Terry Dignan has said that both short-term and long-term solutions are needed to improve the services for the thousands of Naas Residents who commute to work in Dublin every day.

Terry’s comments come on the back of a Public meeting Terry and James Lawless hosted on Thursday 18th April in Lawlor’s Hotel which focussed on public transport issues for local commuters out of which Terry and James have set up an action group with over twenty people signed up who want to see change.

Terry said, “James gave a very detailed update on the plans for the improvement in the Rail services. We had a pragmatic discussion on issues such as overcrowding on trains, lack of parking space, inadequate timetables, disability access and the feeder-bus service.”

“We also talked about short-term solutions such as having trains retrofitted with grab-handles and poles to improve safety. Longer-term solutions which James has been working on include extending the short-hop fare zone to Newbridge to ease demand at Sallins, and increasing the available Rail stock.”

Terry concluded, “I hope to be able to continue working with James on these and other issues if elected”

Naas Fianna Fáil candidate Terry Dignan has expressed concern about the alleged threatening of a Councillor in relation to his opposition to the proposed Naas Inner Relief Road.

Terry was commenting on the allegation made by Cllr Darren Scully that an unidentified caller had threatened that €10,000 would be spent on a negative campaign to try and prevent him being re-elected.

Terry commented, “Integrity and transparency have to be the cornerstones of democracy both at national and local level. Every local representative should be able to vote in whatever way they believe represents the best interest of the people they were elected to serve. “

Bernard and Valerie were selected at a Convention held in the Courtyard Hotel this evening.

Cllr Bernard Caldwell was a member of Leixlip Town Council for many years, before being elected to the County Council in 2014. He serves on the Board of Leixlip and District Credit Union and is also Director of Leixlip Festival.

Bernard is deeply involved in Horseracing and has been on the Board of Horse Racing Ireland since 2008, representing persons employed directly in the Racing industry. He has also been Chairman of the Irish Stable staff Association since 2007.

Valerie Colton has lived in Leixlip for the past thirty-four years with her husband Gerry and two sons Andrew and Gavin.

She served in the Defence Forces for 30 years having spent two tours with the United Nations Interim Force in Lebanon, following which she worked as part of the Aide de Camp Staff under three Presidents at Aras an Uachtarain.

She retired in 2012, since when she has thrown herself into community projects in her local area.  She has been involved in community work for most of my life and has a proven track record of delivery. I work tirelessly on projects for the good of our community. 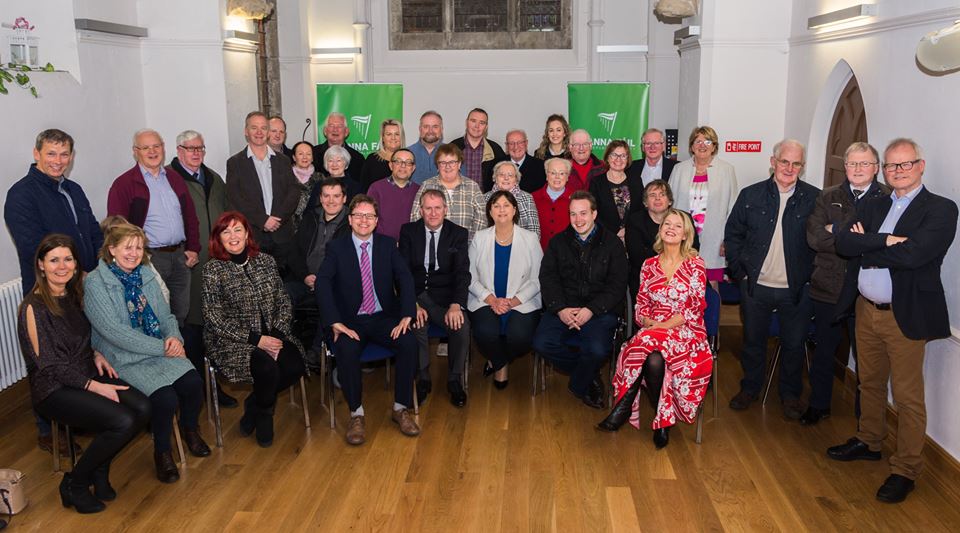 Education and Childcare professional Terry Dignan has launched  his campaign to be elected as a Fianna Fáil Councillor in the Naas Electoral Area.

The launch was held in the elegant surrounds of the Old Chapel in McAuley Place where a large crowd of family and supporters gathered to hear Terry, James Lawless TD and Fianna Fail spokesperson on Children Anne Rabbitte TD speak.

Anne Rabbitte praised Terry as being a dedicated Childcare advocate whom she had met and worked with on several occasions. She made reference in particular to his role as Director of Barrettstown Gang Camp for ten years.

James Lawless TD spoke about how Terry’s extensive professional experience would be of real benefit to the Council.

Finally Terry spoke about his ambitions for Naas, referring to the underinvestment in Naas’ tourist potential and indeed the challenges facing the town as we entered a new phase of growth and development and the imperative that provision of necessary amenities and facilities – especially educational facilities – keep pace. 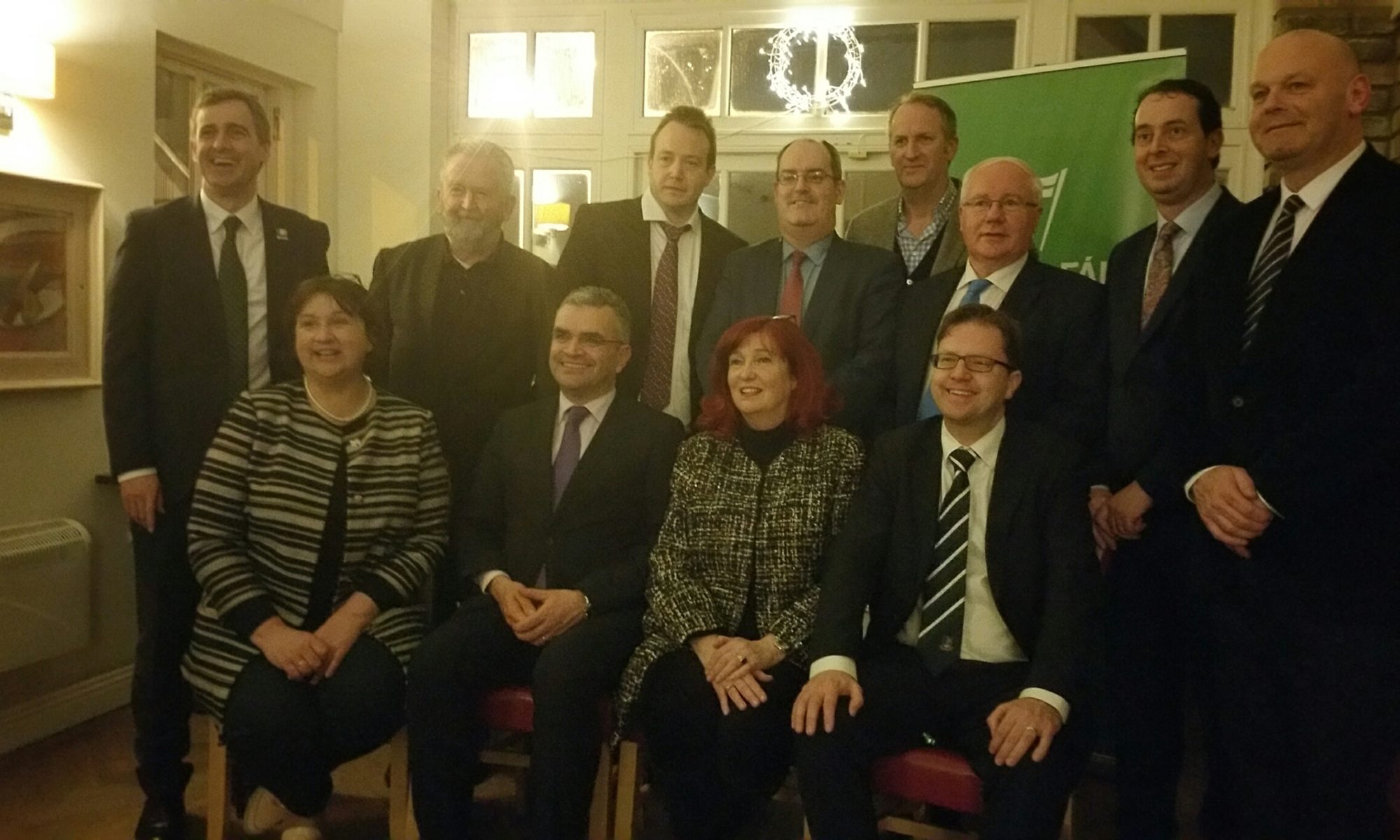 Carmel has been a Councillor in 2016, and during that time was one of the Founders of the Midsummer Arts Festival which is taking place again this year.

An impressive crowd gathered for the launch with several TDs and Senators travelling for the occasion. Among the speakers were Anne Rabbitte TD, Brendan Smith TD, James Lawless TD, Frank O’Rourke TD and her fellow candidates Brian Larkin and Terry Dignan,

Carmel said in her address that her sole ambition in being returned to the Council was to serve the people to the utmost of her ability and that she was a  passionate believer in the power of Community.