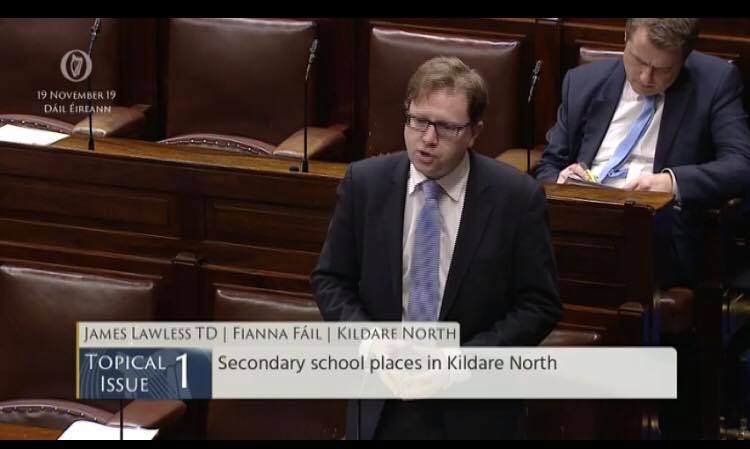 James Lawless TD raised the chronic shortage of places for children at Scoil Dara in the Dail tonight
James said, “Tonight in the Dail chamber I raised Scoil Dara, Kilcock and the chronic shortage of places for children applying in September 2020. While a school extension is in planning it needs to be massively fast-tracked and additional accommodation – prefabs – need to placed onside ahead of the new school year.”
” Additionally the patronage of the new school at Enfield must be assigned so that a principal can be appointed and that school can then begin to host some of the pupils in that area. The Minister committed to both above actions and I will continue to work with school management, parents groups and the department to keep the pressure on this.”
“This is an issue I have been closely working with Cllr Paul Ward on”

James Lawless TD has welcomed the news that Intel has begun preparations for significant expansions to their Leixlip site. 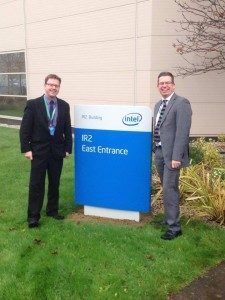 James commented, “With two caps on, as a TD for the area and my party spokesperson on Science and Technology, I have regularly engaged with the microchip manufacturer. I am well aware of their commitment to our area and this will be another significant act of this assurance.”

“I look forward to continuing to work with Intel to support their efforts in increasing presence in Kildare and seeing the formal plans over 2019 which can only be a benefit for our community.” 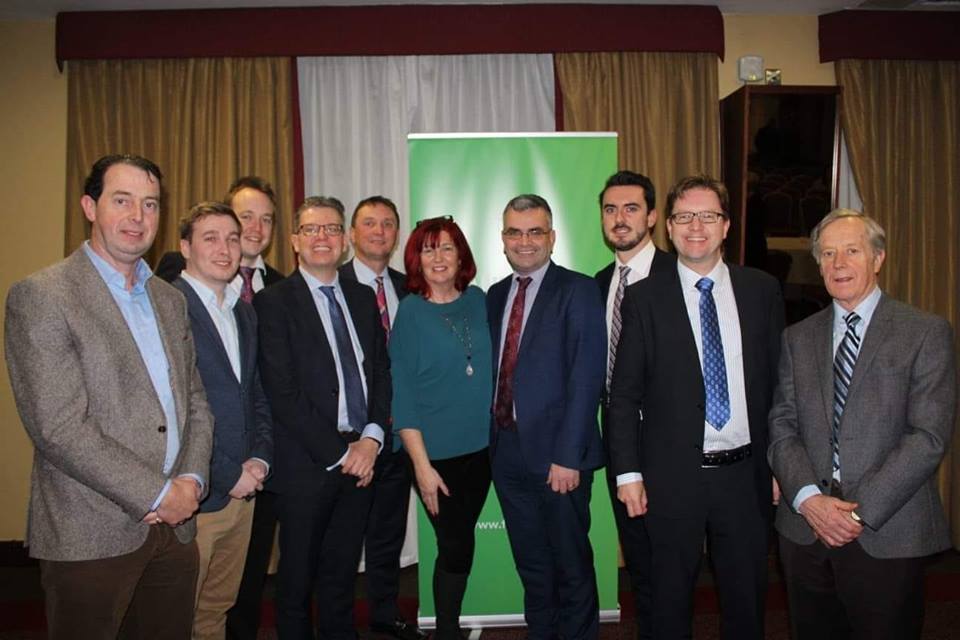 Fianna Fáil Deputy Leader Dara Calleary chaired several selection conventions yesterday at the Westgrove Hotel in Clane. Seven candidates in total were selected to contest the local elections next May.

Cllr Carmel Kelly and Brian Larkin were returned for the Naas Electoral area.

Local Fianna Fáil Representatives have welcomed the announcement that four new classrooms will be provided at Newtown National School.

James Lawless TD commented “A number of weeks ago I had pleasure of visiting Newtown National School with local Cllr Paul Ward. Meeting with teaching staff it was very clear that the school had reached full capacity and urgently required additional classrooms. Having raised this with the Minister for Education in the Dáil I am delighted to confirm that four new classrooms will be provided for the school. I look forward to continuing to work with the school to aide their development and advocate for the teachers and students in Newtown.”

Cllr Naoise O’Cearuil, Cllr Paul Ward and James Lawless TD have made a Joint observation to An Bord Pleanála regarding the prosposed development at Mariaville, Moyglare Road and Dunboyne Road in Maynooth.

You can view their submission here