James Lawless is one of the two 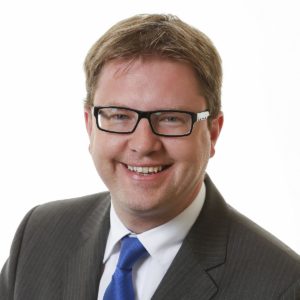 Fianna Fáil TD for Kildare North. He was first elected to Kildare County Council for the Naas Area in 2014 and served as Mayor of Naas prior to his election to the Dáil.

Currently a resident of Sallins, he is originally from County Wexford and lived in Dublin before moving to Kildare to setup home for himself and his family.

His background includes Bachelor and Masters Degrees in Maths and Finance from Trinity College (B.A., M.Sc.) and more recently he studied Law at Kings Inns (B.L.) where I trained as a Barrister. He was awarded scholarships in both colleges with a number of first place prizes at Kings Inns including in Constitutional, Criminal and Family Law. Prior to entering the Dáil he worked in both IT and financial services, with a particular focus on compliance and regulation including data protection, corporate governance and conduct of business.

He has always been very involved in my local community before entering electoral politics and campaigned on a wide range of local issues including local policing, establishing business associations, and lobbying on behalf of commuters.  Within Sallins he has been a strong advocate for more community and amenity facilities as well as the much needed bypass. He has been working with traders and other local interests in Naas town towards a revitalization of the town centre and I am also Chairperson of the Sallins Business Association. Another area where he has been very active is campaigning for unfinished estates to be taken in charge and has successfully progressed this for a number of local estates. As a commuter, he’s a long standing spokesperson for the Naas and Sallins Rail Users Group and has worked to improve services on that line.

James is married to Ailish, a primary teacher, and they have two daughters, Caoimhe and Niamh, attending St. Marys College, Naas and Maynooth University. In his spare time he enjoys running and competing in local 5 and 10 k road races. I also enjoy exploring the great outdoors with his children and his two terriers. He is a keen follower of all sports, especially Gaelic games where I am a member of Sallins GAA, He also enjoys horse racing meetings at Naas and Punchestown.