“Leading up to Budget 2020, our Fianna Fáil negotiating team pushed hard to secure additional home help hours. The additional one million hours will go some way towards easing waiting times but more is needed.” 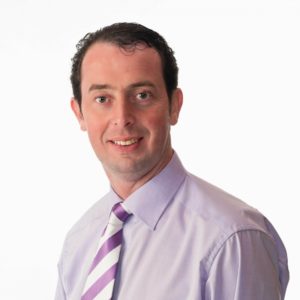 “Fianna Fáil introduced the Home Care Package in 2006 and fully appreciates its value. Enabling care for people in their own home is a win win for everyone. It is generally the preferred choice for older people and their families and it save the Government money. “

“A crisis in home care supports has escalated over the past year. The service has been unable to keep pace with the demand and while the additional hours announced in the budget is a welcome step in the right direction, we need to see more resources for home care packages.”

Fianna Fáil TD for Kildare North, Frank O’Rourke, has criticised a 17% decrease in the number of respite nights available in the Kildare – West Wicklow are

“Nationally there has been a drop of some 26,523 respite overnights for people with disabilities between 2015 and 2018 – representing a 14.3% decrease. This comes as the numbers requesting overnight respite continues to rise.” END_OF_DOCUMENT_TOKEN_TO_BE_REPLACED

Frank O’Rourke TD spoke on the unacceptable waiting times for children with special needs requirements in getting an appointment for an Assessment of Needs with the HSE.

Waiting times average 2 years and the delay in any diagnosis has a knock on effect at a critical stage in a child’s development, causing further delays in accessing essential services and supports, such as Psychology, Occupational Therapy, Physiotherapy, and Speech and Language Therapy.

Deputy O’Rourke made the comments following a meeting with his Party colleague and Fianna Fail Spokesperson on Social Affairs, Willie O’Dea TD.

“I know from my weekly clinics, the lack of home care packages and inadequate resources for the Fair Deal scheme among other issues are a real concern for older people.” END_OF_DOCUMENT_TOKEN_TO_BE_REPLACED

Over 10,000 waited longer than 24 hours in an Emergency Department across the country so far in 2019

Frank O’Rourke TD has said that the statistics are unacceptable and that waiting a full day in an emergency department is gruelling for a person in the full of their health let alone an elderly person who is experiencing ill-health.

Frank explained, “Across the country more than 10,000 over 75’s have been forced to wait over 24 hours before being admitted or discharged from an emergency department so far in 2019. In Naas General Hospital alone this figure stands noticeably high at 690.”

“As we approach the winter months it’s inevitable that this number will only continue to rise. A lack of basic bed capacity is a fundamental problem in health care in Ireland and if the Minister can’t get to grips with even the basic problems, three years into his tenure, then we are going to see thousands more over 75’s languish in A&E’s across the country.”

“Stories of elderly patients being left lying in pain in emergency departments with no privacy are becoming all too frequent. The HSE’s own target of admitting or releasing all patients over the age of 75 within 24-hours is being breached literally thousands of times.”

“This is causing hardship to the patients, their families and to the nurses and doctors who are trying their best to cope with overflowing A&E’s. It’s totally unfair”