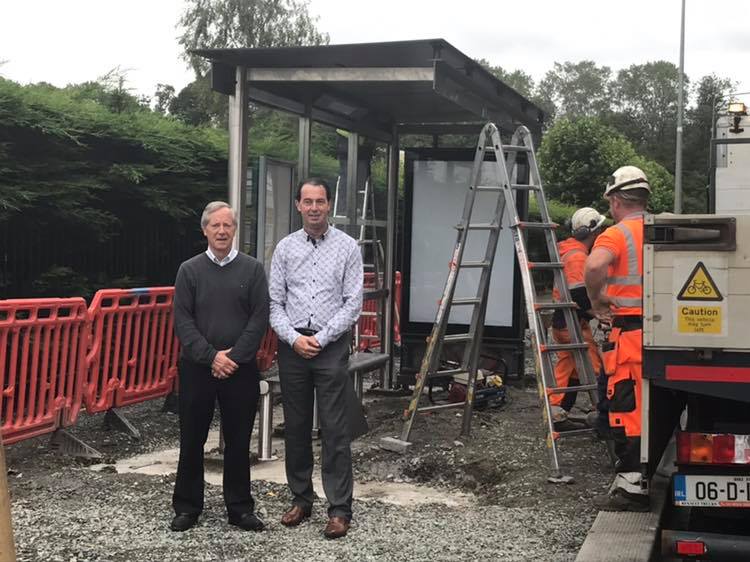 Cllr Naoise O’Cearuil has urged Bus Eireann to take action and provide solutions to the many parents in the Greater Maynooth area who currently find them themselves without access to school transport on the eve of the new term.

Naoise said that dozens of parents from Rathcoffey, Kilcock and Maynooth have been in contact with him over the past number of weeks about transport for their children to school. Bus Éireann have told some parents that their children are no longer eligible for school transport and others have been left without any transport after the cancellation of a previous service.

Naoise said, “I’m finding it difficult to get answers from Bus Éireann but parental pressure and demand is key to finding a solution. I’ll keep working hard to get answers and ensure that children have a way to school and that the state provides that service.”

A motion from Defence Forces veteran Cllr Michael Coleman advocating that the heroism and bravery of the Irish Forces at Jadotville be properly recognised has been passed by Kildare County Council.

You can read the Leinster Leader article here

At yesterday’s Maynooth Clane Municpal District meeting, councillors were presented with the submissions received from the public and from other interested groups in relation to the Part 8 (Public Consultation) on the Maynooth Ring Road. The council submitted their report in the form of a “Chief Executives Report”, by means of which they outline their reasons for particular parts of the projects.

During the meeting, Councillor Naoise O’Cearuil raised the concerns enumerated below that had been raised with him by members of the public with a reply where appropriate. It should be noted  that many of the issues that have been submitted will be dealt with later at design stage. Responses from Naoise are also included.

1. That a 30km zone be implemented on approach to Griffin Rath hall & Manor  – They don’t think this is possible as it will be a main road but will ask the County Speed Limit review committee to look at it. They said that the curvature in the road, traffic lights and ramps should slow the traffic down considerably however.

2. That noise reducing asphalt is used on the road – This will be done.

3. That the shared space approaching the new bridge for pedestrians and cyclists is not ideal – We were told that this was unavoidable as there isn’t enough room for completely segregated areas at this location leading up to the bridge.

4. That a table top ramp be placed outside Griffin Rath Hall with a yellow box – This will be done.

5. That roundabouts be used instead of traffic lights – They will not allow roundabouts as they are dangerous for pedestrians and cyclists

6. That there are railings in front of pedestrian entrances to estates to stop children from running onto a busy road – This will be done.

7. That walls along the route are an adequate height and are stone walls in keeping with the surroundings  – The roads department have recommended this to the planning department. Following this stage there will be a detailed landscaping plan and we will be able to address many other issues at this stage.

The issues included pay parking in Maynooth, dangerous traffic lights and a playground for Straffan.

You can listen to the interview here