In the wake of the Traffic Chaos last Wednesday, Cllr James Lawless has repeated his call for the Government to upgrade Transport infrastructure

James said,”The long delay faced by countless commuters across Kildare last Wednesday following the closure of the M50 clearly demonstrates that we have a growing problem with traffic in the Greater Dublin Area. I have been consistently raising transport issues for commuters over the last 10 years. The failure to invest in public transport will only compound the long delays that commuters are now experiencing on a daily basis. This is having an impact on people’s quality of life, and is also putting potential investors off doing business in the Dublin area. Unfortunately gridlock is going to become a persistent problem for Kildare commuters. The M50 is already over capacity despite the fact that it acts as the main route to north and south Dublin alongside the city centre itself. Any accident along the route has the potential to shut down all roads across the Greater Dublin Area.”

“Commuters are growing increasingly frustrated with the excessive delays they are expected to endure just to get to work. I have been contacted by people who had to endure a five hour commute last Wednesday as the traffic came to a standstill as far back as Naas. On the previous day many people were caught up in significant delays on the N7 due to an accident. Such delays are becoming increasingly common.”

“I reiterate my call on the Government to invest in our transport infrastructure to alleviate the congestion on the M50. The Government should be investing in projects such as DART Underground to take the pressure off the M50 and make it easier for Kildare commuters to get to work. Serious consideration must also be given to the idea of creating an ‘outer M50’ orbital route to help relieve pressure on the current road. I called for this at a Fianna Fáil Transport Conference only in February of this year.” 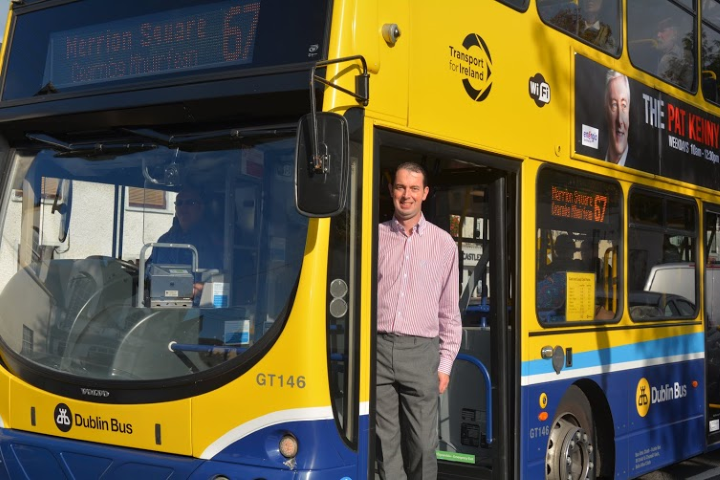 Cllr Frank O’Rourke is delighted to inform the people of Celbridge and the surrounding area that there will be an additional 67 Dublin Bus service from Celbridge to Maynooth at 8.15am Monday to Friday.

Local Fianna Fail General Election candidate, Cllr Frank O’Rourke, has called on the Department of Communication and the Minister for Communications, to have broadband access for Newtown and surrounding areas a priority for this Department.

‘In recent days, I have met with many residents in Newtown and surrounding areas in Kildare, who are very concerned about the poor broadband connectivity in the area.’

‘At a time when we are trying to encourage people to work from home, to encourage and nurture small businesses, support exiting businesses and ensure that people have reliable access to broadband, we see that little or no progress has been made to provide a Broadband service for Newtown and surrounding areas. Kildare is home to world class IT companies and it beggars belief that homes and businesses within a couple of miles of these companies have little or no broadband access.’ END_OF_DOCUMENT_TOKEN_TO_BE_REPLACED